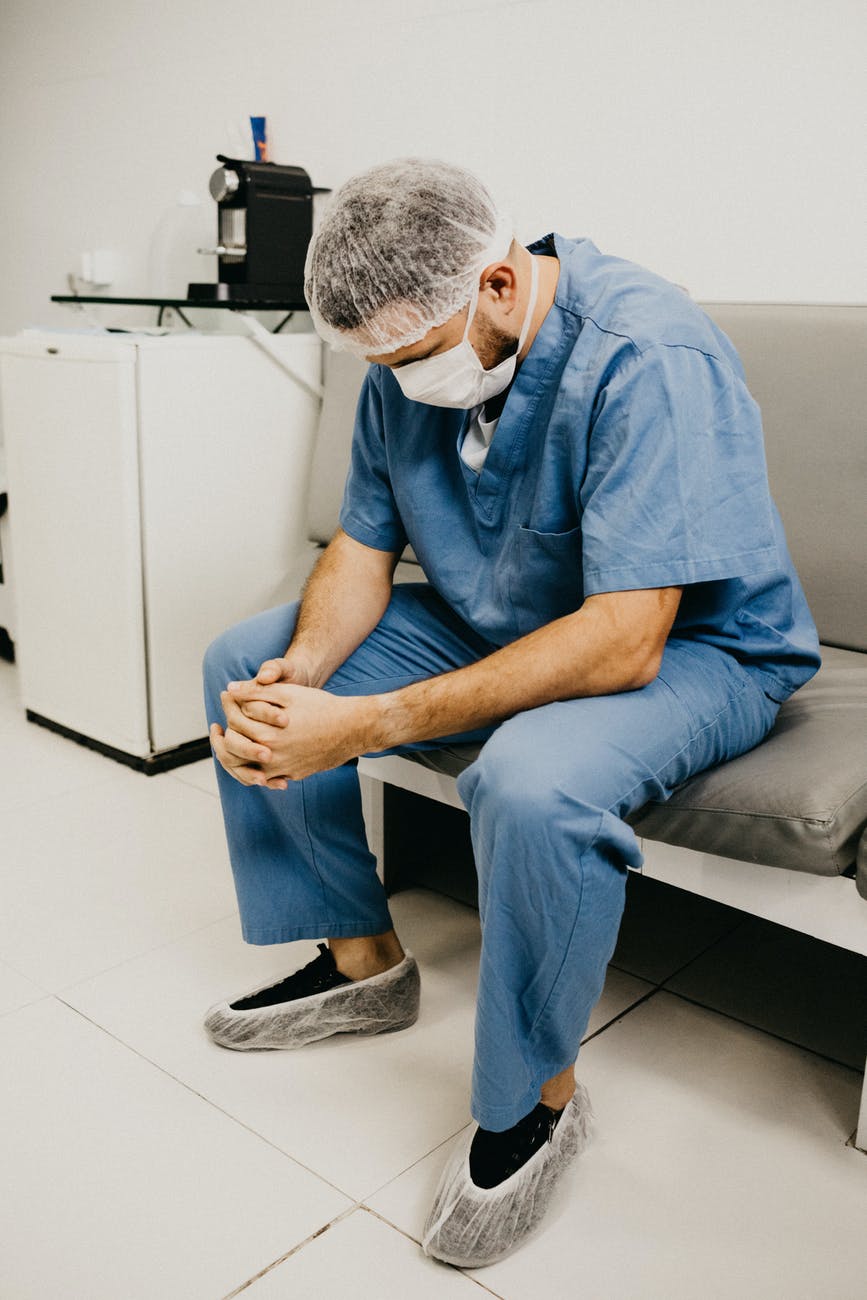 ‘If we want the best from healthcare workers, we need to care for them’

Back in April a colleague and friend of mine took their final specialty exam and then went missing. No one had seen or heard from them, although their car and phone were located. Four weeks later, their body was found.

As a group of junior doctors who trained with this person, this is beyond devastating. Someone with whom we have sat in lectures about looking out for the danger signs of burnout, low mood, and suicide prevention is now another one of those statistics. The sense of both individual and collective responsibility is horrendous. How did we not see this? How did we not act? Aren’t we being trained to try and protect those in our care from this?

I have been in the medical world for well over a decade now, and I’m not going to lie: it is not the world that many of us thought we would enter. I don’t mean that I wasn’t aware this career would be hard work or that it would often leave me standing face to face with some of the most indescribable and unimaginable trauma in the lives of others. I mean that I hadn’t anticipated how this world will slowly grind you down into a frazzled pulp, where support is often offered in the guise of “resilience training,” an e-module, or website link.

I was definitely not expecting to enter a world where successes are often overhyped and mistakes too often excruciatingly punished. This magnification starts early in medical school, I believe, where success is everything and failure a dirty word. If you can’t cope, well, it’s because you’re not good enough. Our lecturers hammer this home time after time as they display their latest findings. Hardened consultants rip you to shreds in front of open-mouthed patients at the bedside. “It’s good for you,” they say, “makes you tougher.” Fail the same exam twice and you could be removed from the course.

At my university, I felt that pastoral support was more or less a box ticking exercise. We were all given a mentor who lived in a different city doing their own intense training for something else, and who might (if we were lucky) see us twice a year.

Then onwards into the actual world of being a doctor (or working in healthcare generally for that matter). In the NHS we face the real life pressures of working within a cash strapped organisation that everyone wants to succeed, but which at times feels like it is designed to fail. If everyone was to go home on time to the letter of their contract, the NHS would have collapsed years ago so people go beyond, time and time again. Yet how does it feel to work multiple 12 hour night shifts in a row, hand over the bleep and patients in a haze, and leave without any sort of recognition or thank you? It grinds you down. It slowly erodes your belief in yourself.

Sit around the table in the doctors’ mess and a similar theme becomes apparent. While the motives for becoming a doctor range from the altruistic to the ambitious, one common experience is that most people’s day to day lives are governed by fear. Fear of getting it wrong and hurting someone, fear of the GMC investigating you, fear of looking foolish, fear of losing something that has been worked so hard for, fear of being a failure. Why? Because as doctors we are unable to talk about our mistakes for fear that it will be used against us. The case of Bawa-Garba springs to mind.

Four hundred and thirty health professionals died by suicide in England between 2011 and 2015. That’s almost two healthcare professionals a week. This is the third doctor suicide I’ve had some sort of personal link with in the past five years. This is not to mention the rise in mental health issues: one third of doctors in training are estimated to be dealing with and have symptoms of mental health problems.

The path of becoming and being a doctor is a lonely one; this truth reveals itself very quickly. We might work and succeed together, but we can quickly find ourselves alone when things go wrong. Some people are able to find help through strong and loving support networks, others self-medicate through a variety of habits (some more socially acceptable than others), and a tragic few get missed and come to the conclusion that there is only one option left.

Of course, suicide is complex and is comprised of so many factors that to point the finger at only one will ultimately limit our understanding of what has happened. Yet if that factor is a work environment, which is constructed through fear and an inability to be honest, then this is clearly something that we need to address.

One of the saddest things among all of this is the loss of talent, energy, and potential it represents. A body of intelligent and capable people are finding themselves traumatised by a system day in and day out. We care, we all care so much. But the uncomfortable reality is that if the government, our bosses, and the public want the best from us, we also need to be cared for too.

© Giles Dawnay and Dancing Shadows Poetry, 2017. Unauthorized use and/or duplication of this material without express and written permission from this site’s author and/or owner is strictly prohibited. Excerpts and links may be used, provided that full and clear credit is given to Giles Dawnay and Dancing Shadows Poetry with appropriate and specific direction to the original content.